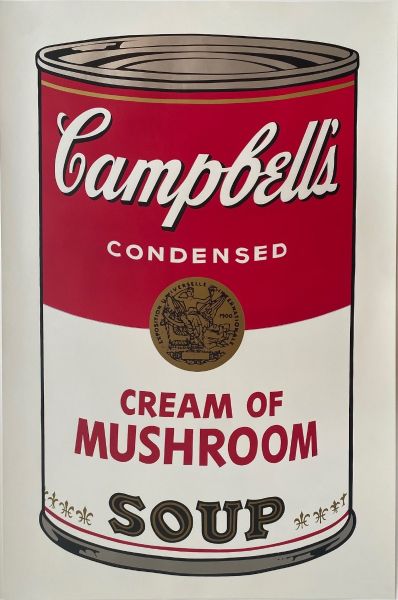 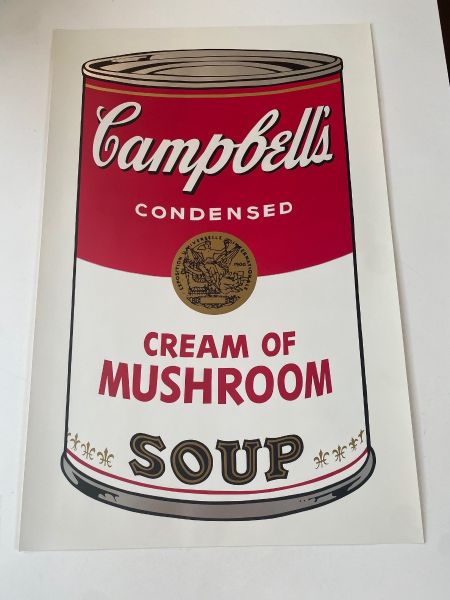 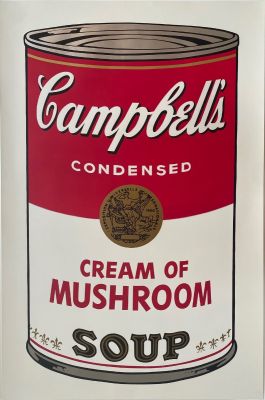 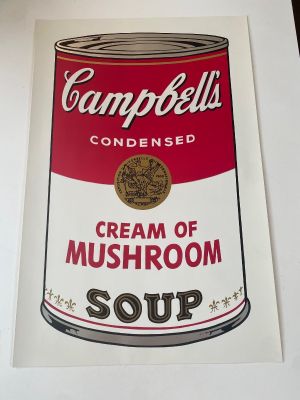 View In Room
$89,000.00
Inquire
Specifications
Description
Specifications
Description
Signed, dated and numbered in ball-point pen on the reverse. One of the most famous and recognizable images in art history, Andy Warhol's Campbell's Soup cans helped to usher in the Pop Art movement. This print, Cream of Mushroom is from the first portfolio of soup can prints Warhol made following an exhibition of his Campbell's Soup can paintings at Ferus Gallery in Los Angeles in 1962. He rendered each label by hand, including all the lettering, aiming to mimic the everyday commercial item as closely as possible. Warhol produced the first Campbell's Soup portfolio of screenprints in 1968, followed by the Campbell's Soup II series the following year. The popularity of the soup can image is enduring, and its association with Warhol is ubiquitous. Andy Warhol Prints Catalogue Raisonne 1962-1987 Feldman/Schellmann Fourth Edition II.53.