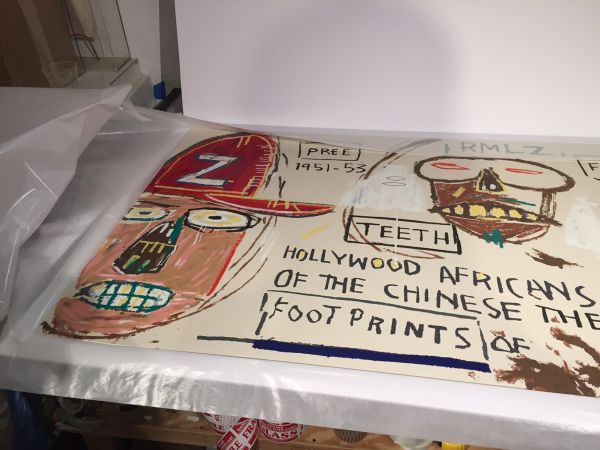 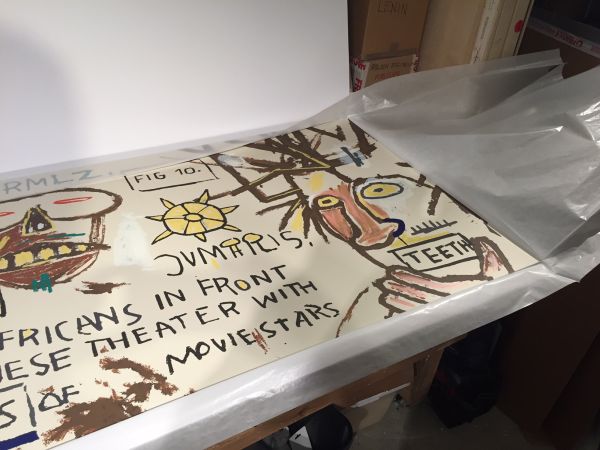 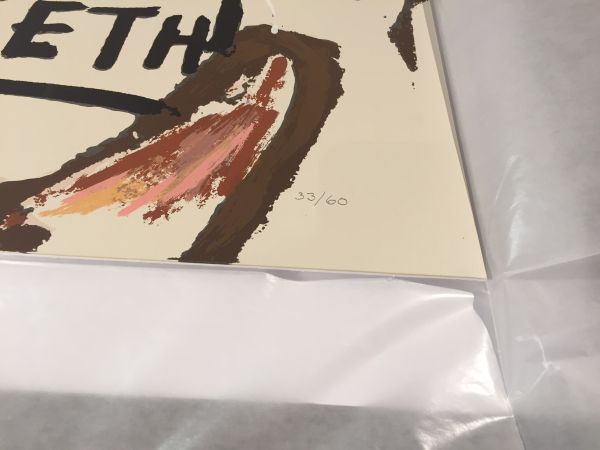 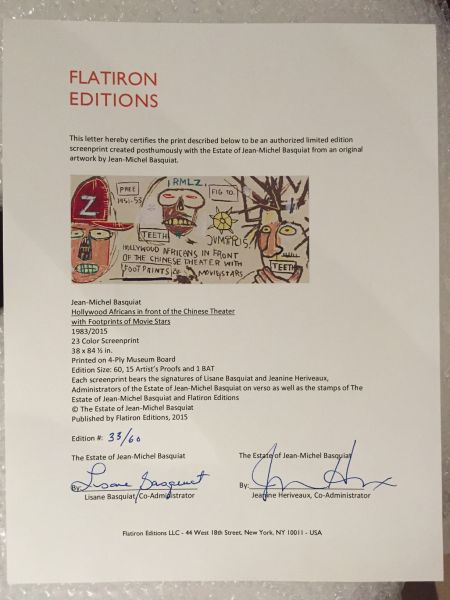 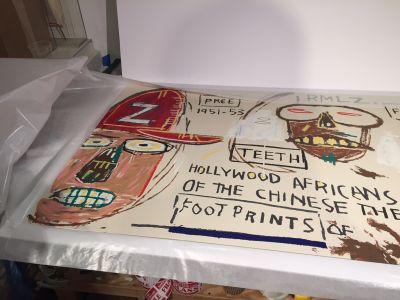 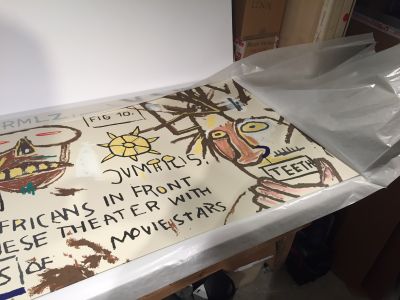 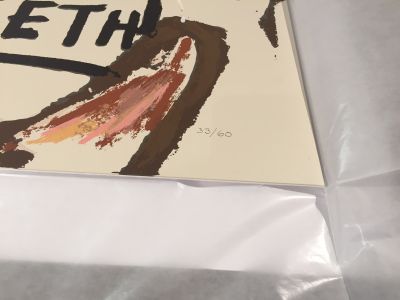 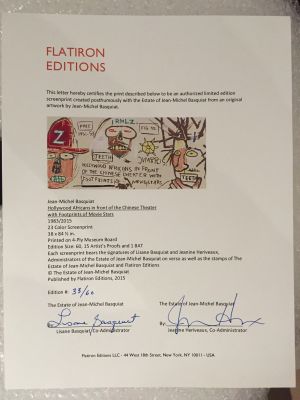 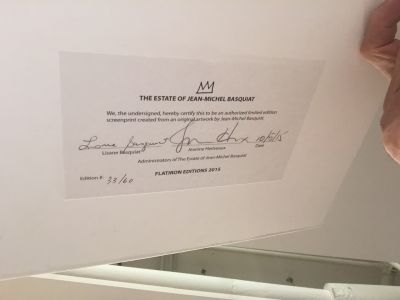 e-Price Regular Price $110,000.00
Inquire
Specifications
Description
Specifications
Description
The edition of 60, which is related to the widely known 1983 artwork Hollywood Africans, owned by the Whitney Museum of American Art, depicts Basquiat with friends, the artists Toxic and Rammellzee. The subject of the work memorializes a time when all three artists were in Los Angeles during Basquiat's second exhibition at the Larry Gagosian Gallery. The work, a commentary on the stereotyping and marginalizing of African Americans in the entertainment industry, led them to coin the term and refer to themselves as the"Hollywood Africans."